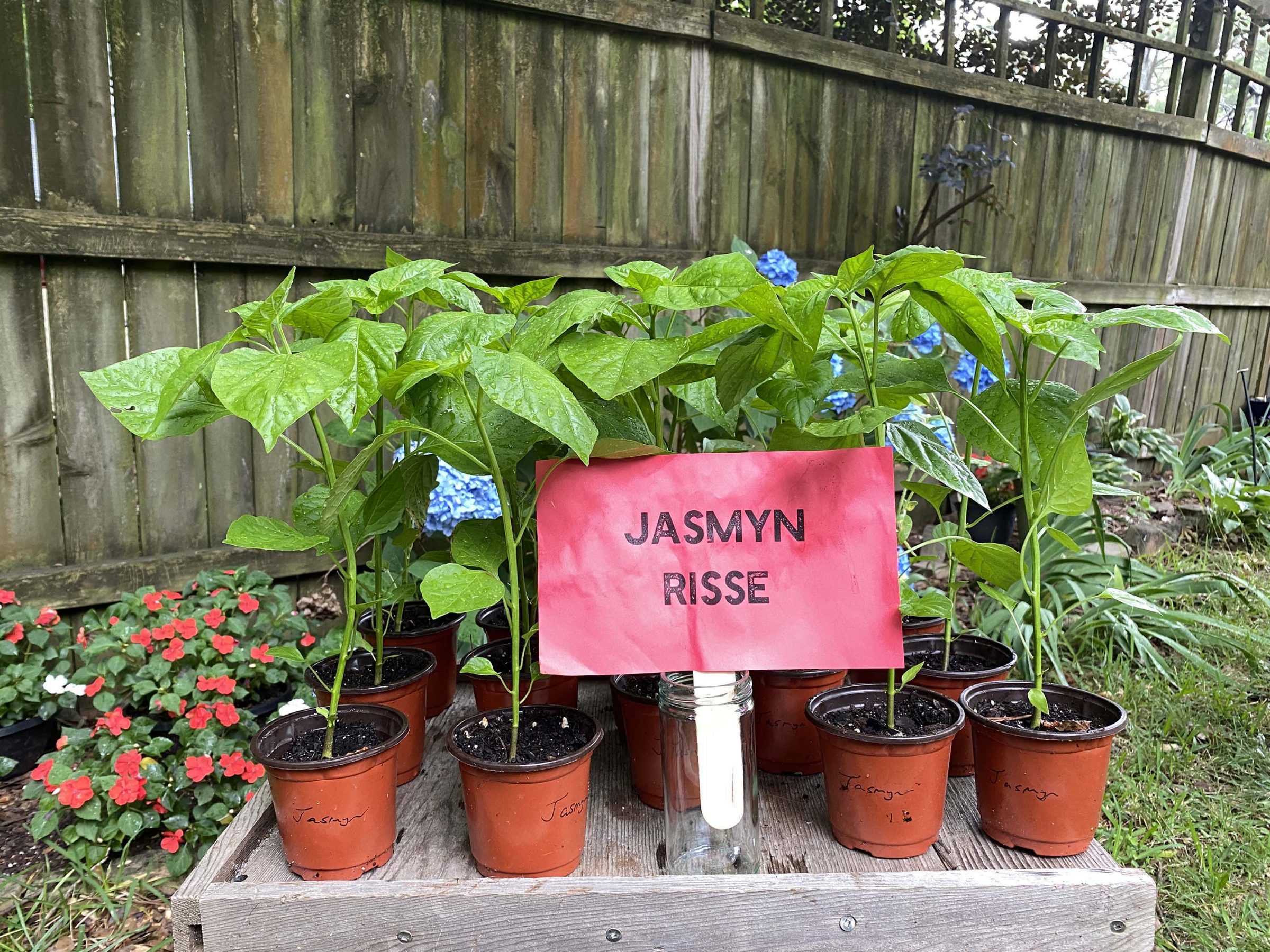 The Jasmyn Rissie is what we call a medium-hot pepper. It’s not nearly as hot as a habañero pepper, and probably a bit less hot than the average hot jalapeño pepper.

The pepper itself is round shape, about 2″ – 3″ in diameter, maybe size of a small plum or large cherry. Green at first, as usual, and turns a beautiful red when fully-ripened. I let them finish ripening on the countertop for a few days after gathering. If you refrigerate the green ones that will delay the ripening process.

The peppers are great for eating raw (if you like some heat) and for stir-fries or in recipes. They’re probably a bit small for stuffing, but not out of the question since small stuff mushrooms are a thing.

The photo below shows a jar of Jasmyn Rissie peppers just after I’d jarred them in brine to start the lacto-fermentation process. That’s my preferred way to preserve peppers at the end of the season.

I grew Jasmyn Rissie for the first time in 2020 and found it to be a hardy plant and prolific producer, both at the farm (where it was dry for a good bit of July and August) and in my raised bed garden at my house in Birmingham. Production really kicked in in September. This year, I planted extra plants to sell, along with the peppers when they are ready.