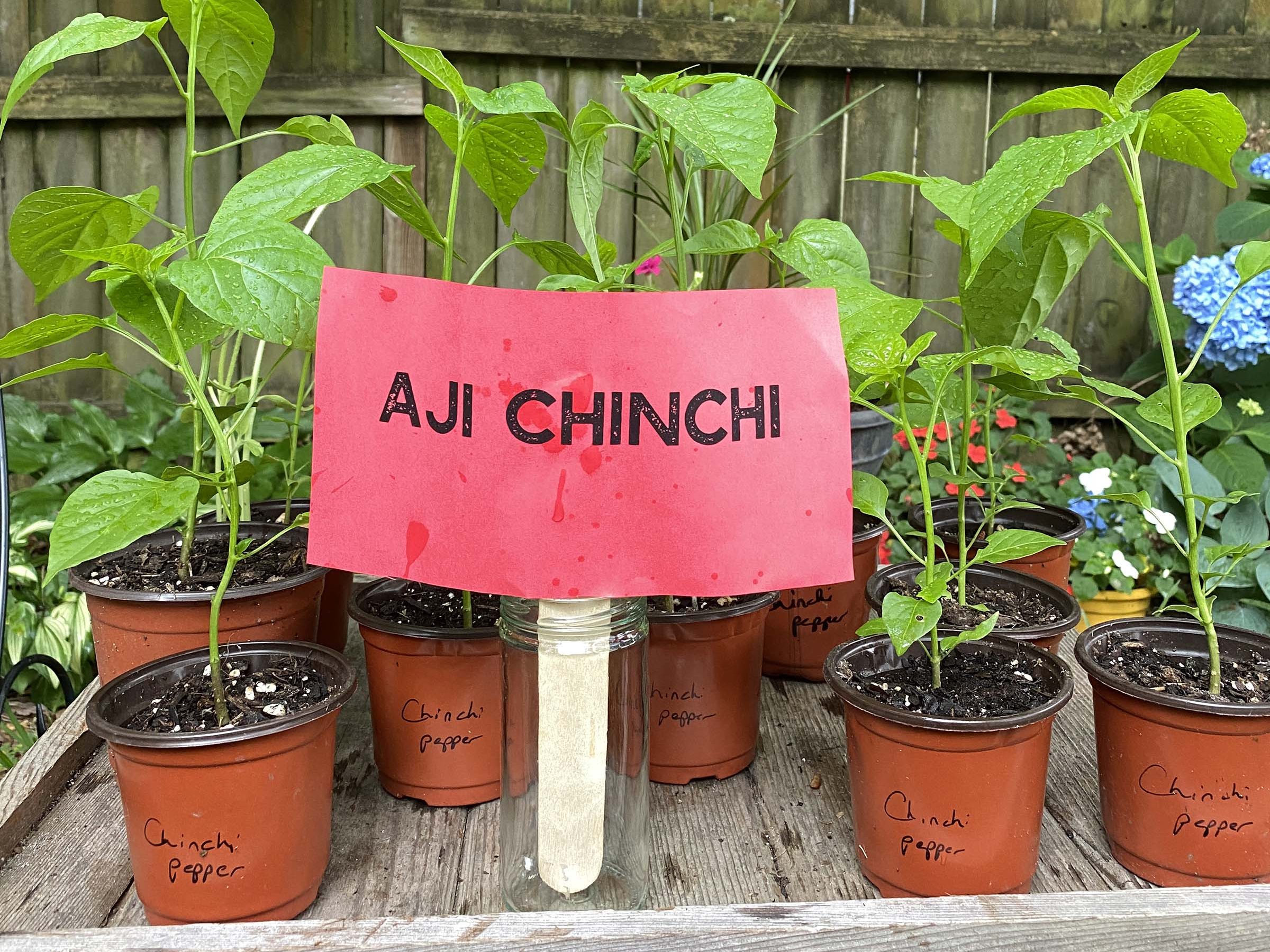 2021 is the first year that we’ve grown the Aji Chinchi Amarillo peppers at Shine Springs Farm. So far, we have a nice selection of these pepper plants for sale.

The orange-yellow Aji Chinchi Amarillo pepper is used extensively in Peruvian cuisine. It’s pretty rare here in the US. The taste is described as fruity with medium to medium high heat. According to Southern Exposure Seed Exchange this variety grows to be about 3″ long and is 1/2 to 1″ in diameter, which is smaller than the usual size for Amarillo peppers. By my estimation, the Aji Chinchi should be about the size of our non-irrigated Anaheim peppers or the sweet Melrose Italian frying pepper that I love so much.

If you’re a chef in the Shoals area of northwest Alabama, or in Birmingham, and are interested in trying our Aji Chinchi Amarillo peppers please let us know.

In addition to the plants that are now ready for transplanting (shown above in the photo), we also have a few more coming along that will be ready later in June. The current round of plants available for sale (as of June 2, 2021) are in 3″ or 4″ pots and are about 8″ – 12″ in height.